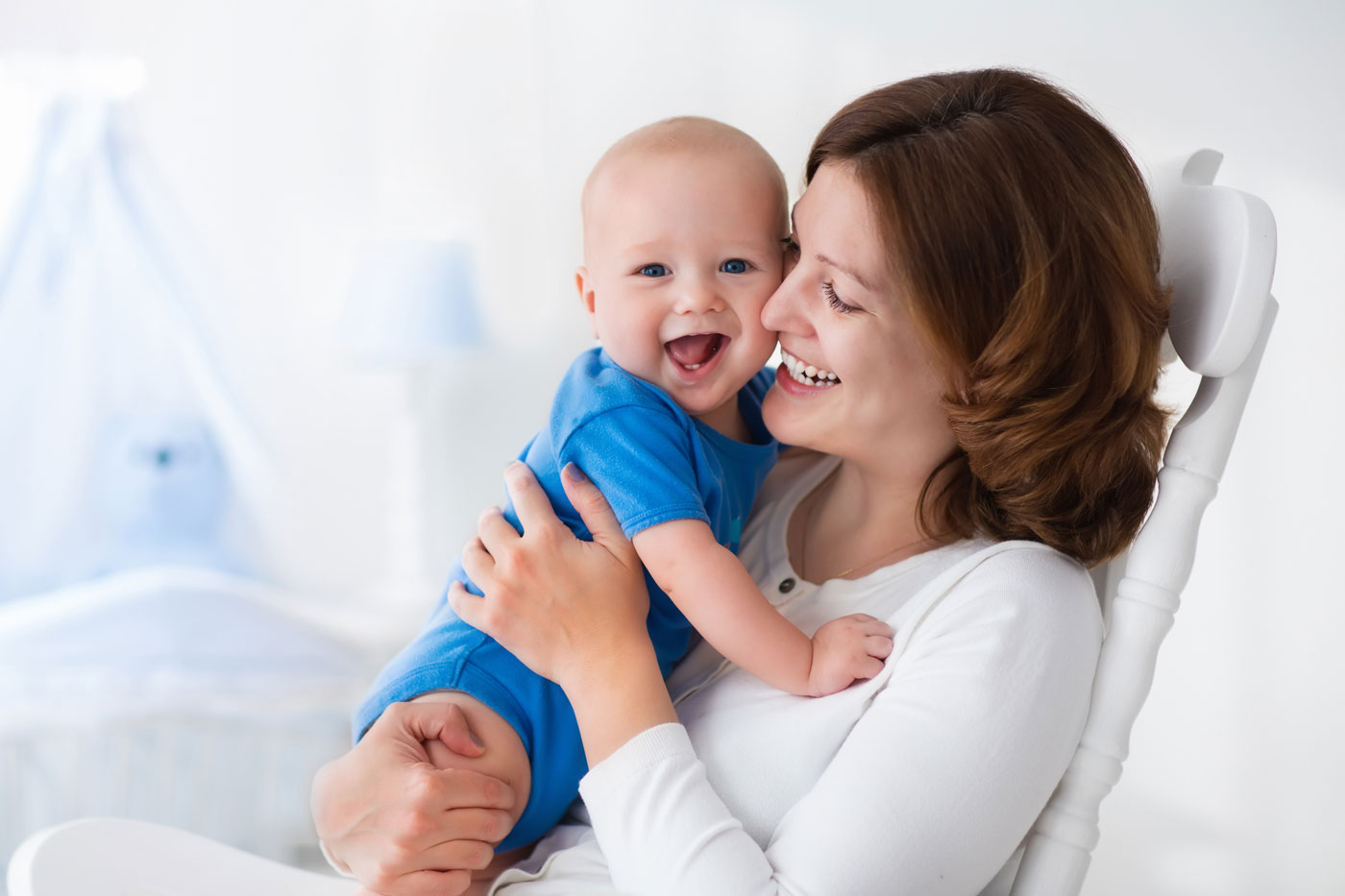 We are all familiar with the theories and results of using cradles and rockers to calm babies and ease them off to sleep. We have run across research proposing that the rocking of babies by their mothers is not only soothing but crucial in the bonding process between mother and child. Below are mentionings of rocking in a rocking chair benefiting relief from delivery to postpartum weight loss!

At the Department of Obstetrics and Gynecology at the Hua Chiew Hospital in Bangkok, Thailand, authors Panthuraamphorn C. Dookchitra D., and Sanmaneechai M. composed a study and compiled their findings in a book “Effects of Prenatal Tactile and Vestibular Enrichment on Human Development”. Their purpose was to investigate the influence of the prenatal tactile and vestibular intervention on an infant’s social, emotional, and motor development and to evaluate maternal-child attachment after participation in the prenatal activity. One hundred and twenty women in the study were trained to stroke their abdomen, pat rhythmically on the fetus’ bottom, and rock themselves in a rocking chair 10-15 minutes each day throughout their pregnancy. Anne Ayres, an American nerve psychologist, recommends that at the start of the 10th week of pregnancy, women should rock 5 to 10 minutes twice a day. Her belief is that rocking promotes the development of the fetal nervous system.

The infant’s developmental outcomes were evaluated by the Denver Developmental Test in terms of social, emotional, and motor development. The mother-child attachment and the calming effect on infants were assessed and evaluated as well. The infant’s responses to stimuli were also analyzed. The participating infants stopped crying and showed calming effects when rhythmic patting and rocking were applied. They also had a capacity of conditioned learning by kicking back in response. The enriched infants smile, hold their heads up and sit and stand earlier than the control group. They also showed good emotion and better performance in mother-child attachment. The findings in this study suggest that infants have an ability to learn in utero and that the prenatal tactile sensation (rocking) vestibular enrichment may be an effective way to promote an infant’s social, emotional, and motor development.

Numerous articles in Mothering Magazine extol the benefits of rocking for mother and child. Rocking soothes fussy babies and relaxes mothers. It stimulates the balance mechanism of the inner ear. It assists an infant’s biological development and ability to be alert and attentive.

At the University of Waikato in New Zealand rocking stimulation has been shown to be beneficial for premature babies in reducing apnea (may be related to SIDS).

Lamaze International advocates that moving freely in labor improves a woman’s sense of control and decreases her need for pain medication. In choosing a care provider one of the things they suggest in the birthing room is a rocking chair.

In an article in the “Physical Therapy Review” 40:818, 1960; a study of women who had cesarean sections showed a faster recovery if they spent an hour a day rocking. A follow-up study in Galveston, Texas in December of 1990 followed women who had cesarean sections and showed that rocking mothers had fewer gas pains, walked faster, and left the hospital one day sooner than non-rocking mothers. This article was published in the “Journal of Prenatal Nursing” on December 24, December 1990. Hmm. Could that be why rockers are a standard in maternity wards today?

Also, good news for post postpartum weight loss: rocking burns about 150 calories an hour and will help mothers recover more rapidly from the experience of childbirth (also from “Mothering” magazine).

Dr. Wendy Hanevold is a therapist in the Atlanta, GA area and also an adoptive parent of two through international adoption. She encourages rocking in a rocking chair towards fostering positive attachment with parents and adopted children. Dr. Hanevold says rocking is marvelous – it has a smell, touch, sound, and kinesthetic approaches that combine to reward both parties. It is believed that routine rocking is even more critical for the adoption of children who are not infants. Older adopted and foster children benefit greatly from the repetitive motion and routine closeness with parent or guardian.

There is research on the use of rocking to stimulate circulation, improve muscle tone, and to help prevent and cure varicose veins. Many pregnancy support articles and web sites recommend rocking in a rocking chair to prevent the development of varicose veins.

At the University of Waikato in New Zealand there have been studies relating vestibular function to SIDS (Sudden Infant Death Syndrome). Rocking stimulation has been shown to be beneficial for premature babies in reducing apnea.