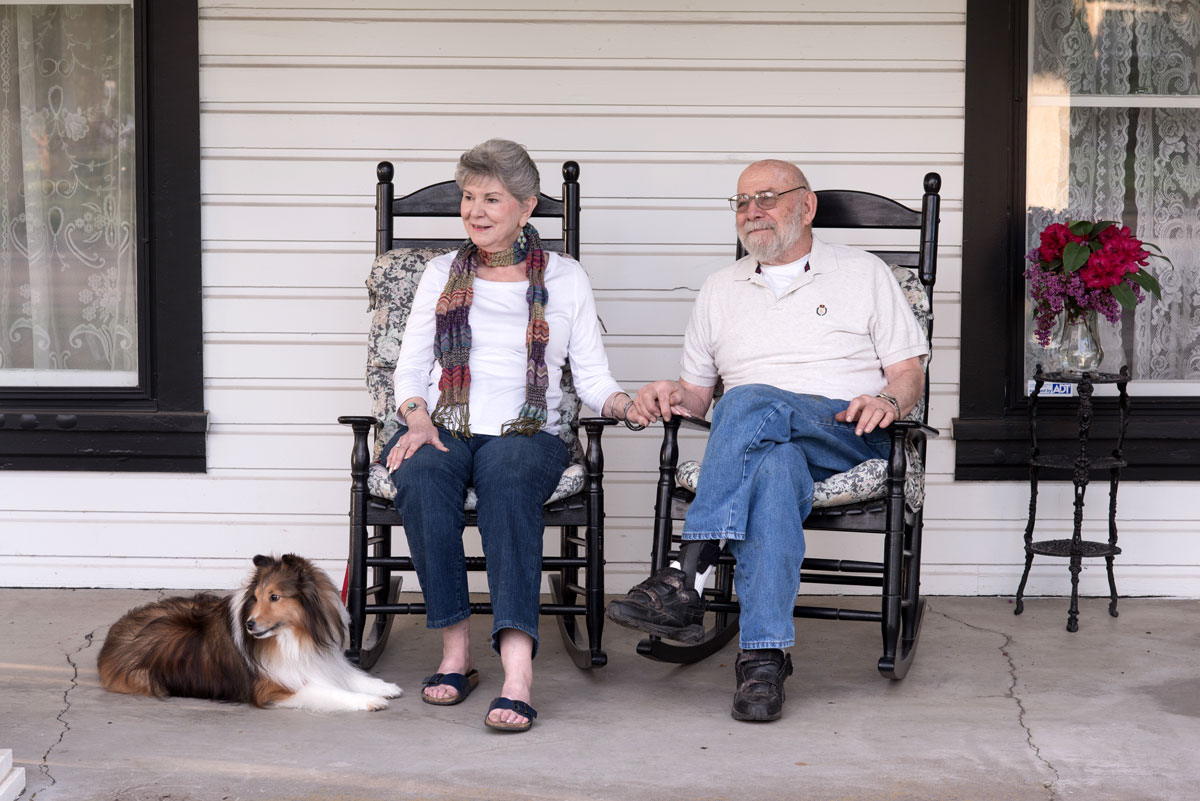 The University of Rochester, School of Nursing in Rochester, NY has conducted two studies evaluating the therapeutic benefits of rocking chair use. The latest study “Management of Acute Distress with Rocking Chair Therapy“, funded by the New York State Department of Health, evaluated a method for improving the psychological well being of nursing home residents with severely progressed dementia. The study suggested that the mild exercise of rocking may release endorphins and improve mood as well as reduce pain. After determining that rocking in platform rocking chairs produced a soothing effect, instructional materials were produced and are used by a large number of care providers in a variety of settings across the country and around the world to improve the well being of persons with dementia.

The study suggested that the mild exercise of rocking may release endorphins and improve mood as well as reduce pain.

In recent related work at the University, a study of catastrophic reactions among persons with dementia revealed that mid-stage dementia may be the phase of the disease that is most likely to produce acute episodes of agitation and emotional distress. This finding suggested to the researchers that these reactions may be due to the fact that people in this middle stage may still have some awareness of their cognitive losses, but are less able to compensate for them. Consequently, this results in a sense of sorrow, anger and frustration that may be manifested in the form of these severe emotionally agitated states.

Nancy. M. Watson, PhD, RN, who conducted the studies said “It’s been very well documented with infants that a gentle repetitive motion has a soothing effect. We’ve shown that the same is true in an older population that is emotionally distressed.” She is an Associate Professor at the University of Rochester School of Nursing and the Director of Center for Clinical Research on Aging. Their research showed that seniors could literally rock away their anxiety and depression. The patients required less medication and their balance improved as well. Further benefits included a happier nursing home staff. Families of rocking seniors were happier because their loved ones were happier. One intervention (rocking) produced six benefits, and effected many people in a positive way.

Research from the Columbia Hospital in Milwaukee, Wisconsin resulted in an article in the “American Journal of Sports Medicine”, March-April 1989 titled “Seniors ROCKING TO GOOD HEALTH” detailing the benefits of rocking to older Americans. It is good for the mind, body and spirit and even can help those with an otherwise sedentary lifestyle to achieve muscle tone through the manageable, non-weight bearing exercise of rocking in a rocking chair.