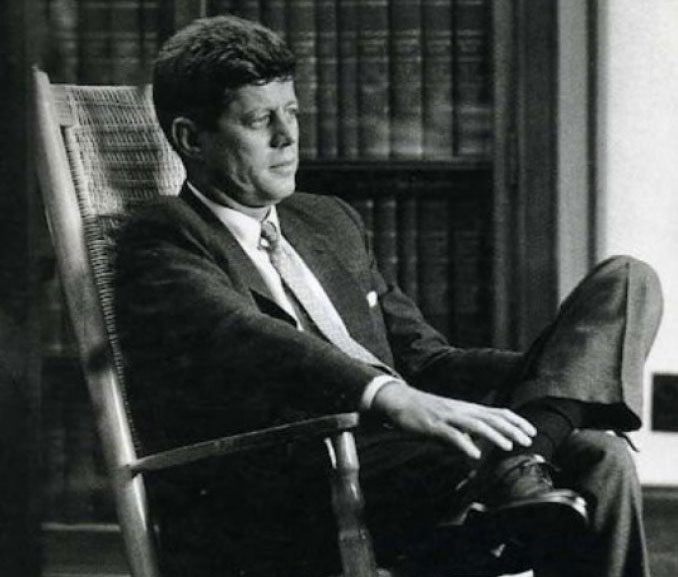 In 1953, Dr. Janet Travell from New York purchased what she called the “Carolina Rocker” for her office from P. & P. Chair Company in North Carolina – now part of Troutman Chair Co. A patient of Dr. Travell’s, a young senator from Massachusetts, suffered from chronic back trouble. She prescribed rocking in a rocking chair and he was most comfortable in the very chair in her office.

That Senator of course went on to become one of America’s most remembered presidents. By 1962, John F. Kennedy Jr. had acquired over 14 of the same rocking chairs and he literally had one wherever he went, even one on Air Force One! His belief in the therapeutic benefits of rocking in a rocking chair, especially for chronic lower back pain, is probably the most famous of Rocking Chair Therapy testimonies.

Dr. Barry L. Marks, DC founder of the Orange Spine & Disc Rehabilitation Center in California, recommends rocking chair exercises for Lower Back Pain. As a cure for lower back pain caused by a herniated disk or bulging disc or for chronic low back pain due to a degenerative try these proprioception exercises with a rocking chair.

Use a rocking chair as one of several back pain remedies that make up a larger back pain relief program. He suggests that this is an excellent adjunct to spinal decompression for bulging disc treatment.