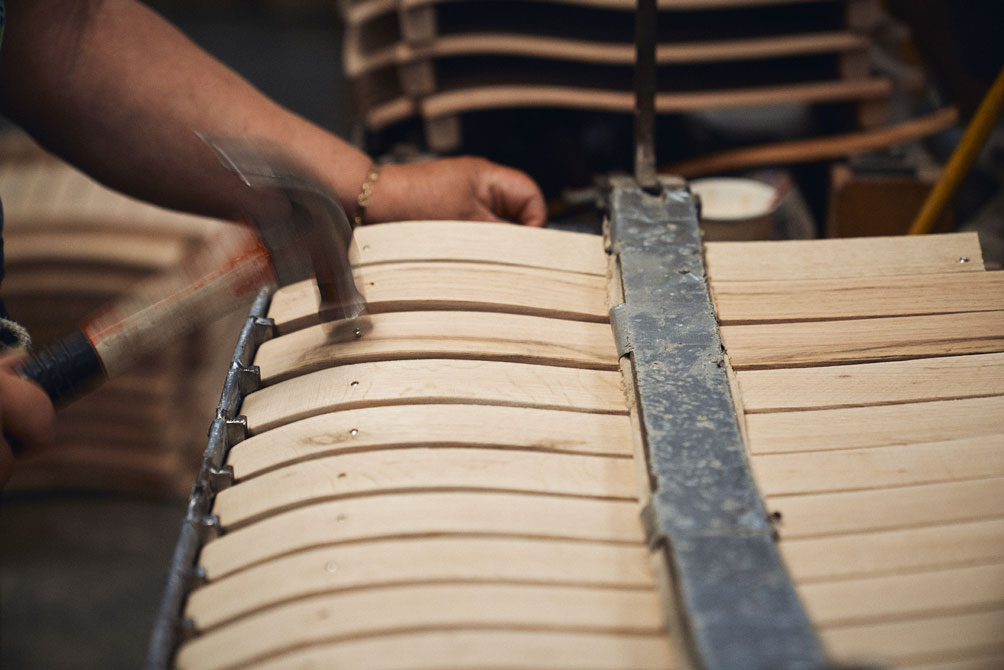 ATKINS, Va. – If you have any 1,000-pound guests coming for dinner, Neal Anderson has just the chair for you.

Anderson, owner of Anderson Furniture here, sells a cottage-style chair from manufacturer Troutman Chair that he can promote as suitable for sitters who tip the scale at anywhere up to quadruple digits.

Troutman paid to have the chair tested by an independent lab, Bureau Veritas in Buffalo, N.Y. Champ Land, president of the North Carolina manufacturer, said he decided to have the test conducted after a conversation with Anderson, who told him that some customers were seeking assurance about how sturdy the store’s chairs were.

Anderson sells not only to residential customers but also businesses, including a restaurant whose seating gets heavy daily use by diners of all sizes.

“We had residential and commercial customers asking us, ‘How much weight will this chair hold?” he said.

He would reply that the chairs he sold were sturdy, but couldn’t specify their actual capacity. He can do that now with the Troutman cottage-style model, and he makes that point in ads for the chair.

Anderson said he wishes more of his seating suppliers would have their products independently tested for weight capacity, but isn’t aware of any others that do so.

Land said he sent three samples of the chair to the Troutman Chair had this cottage-style model independently tested and learned it can hold at least 1,000 pounds. lab “hoping they would pass testing at the 375- to 400- pound range.” But he said he and his colleagues at Troutman were “shocked” to see photos come back from the lab of the chairs with 1,000 pounds of weights on them. That was all the weight the testing lab had available to use, Land said.

He attributes the product’s strength to Troutman’s Shaker manufacturing techniques that require no glue. The company uses solid hardwoods and swelled and interlocking joinery construction. It offers a lifetime frame warranty on its rockers and a five-year frame warranty on other chairs.

Land said the cottage model chair is the only one he has had tested, at a cost of about $1,000. He wants to see if it results in any sales benefit before going to the expense of testing others.

Anderson said the need for very sturdy chairs may well grow as obesity becomes more common. He has already noticed double-sized chairs in hospital waiting rooms and said he can’t sell rockers to some people’ because they don’t fit between the arms.